OSCC member Allison Arnold has some photos of Newfoundland on display at the Artist’s Co-op located at 942 2nd Avenue East in downtown Owen Sound. The photos will be showing throughout the month of February.

Don’t forget our new season starts Tuesday night at 6:30 at the New Life Centre, 201 4th Ave West. See you there!!

OSCC member Allison Arnold will have some of her work on display at Chicory Common Natural Foods and Cafe during the month of June.

Allison is not just a photographer but a painter as well. She uses her photography as inspiration for her painting. “I paint by looking at the photo,” says Allison, “various angles of the subject and extrapolating various pieces of information into one piece of artwork.”

The Chicory Common is nestled in the heart of West Grey at 110 Garafraxa Street North in Durham ON at the junction of County Rd 4. They’re open from Tuesday to Friday from 9am to 6pm (9am to 5pm on Saturdays). For more information about the cafe, you can visit their Facebook Page.

OSCC member and Past President Greg McMillan was a recent guest on the Tiny Shutter Podcast, a show about iPhoneography. He was interviewed by the show’s hosts where they asked him about how he got started in iPhone photography and his 365 projects. They talked about a few different apps, some news about RAW images on Android phones, the Tiny Shutter Weekly Photo Challenge, accessories, and an update to the new Live Photos feature found on the iPhone 6s and 6s Plus.

You can listen to the episode online at the Tiny Shutter website (or download it and listen later) where there are links to all the things discussed on the show.

Well, I hate to say it but the summer is coming to a close sooner than we all would like. But, with the closing of summer comes the opening of a new season for the Owen Sound Camera Club!

Our meetings are usually held on the first Tuesday of the month from September to June at the New Life Centre, 210 4th Avenue West in Owen Sound. This year, our first meeting would be almost a week before Labour Day, but we know how much our members want to enjoy the last week of summer without the worry of getting to a meeting so we’ve rescheduled the September meeting to Wednesday the 9th.

The public is certainly welcome to join us as members will be submitting their two favourite photos from summer for the slideshow. If you aren’t a member, it’s only $25 to join for the season and we always welcome new faces.

On Tuesday, June 2 the Owen Sound Camera Club had their final meeting of the 2014-15 season. With just over 30 people in attendance, OSCC President Greg McMillan presented the club with member submissions of their two favourite photos of the season dating back to July 2014, and with 52 images, this was the largest collection of submissions for any theme all season.

Greg started a new tradition for the club with regard to pictures submitted throughout the season called “President’s Choice”. He went through all of the submissions for all of the themes and selected his favourite image, the one image that he felt best fit the theme it was in and was a great image overall. 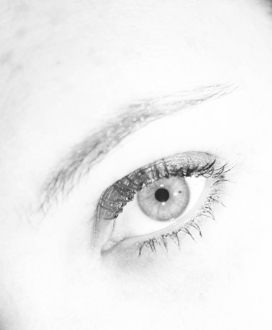 Greg gave a speech about what he learned in his two years as president and what changes he observed in the club. The following is a transcript of his speech:

I will soon complete my second tenure as President of the Owen Sound Camera Club. It’s a position that I am proud to have held for the past two seasons as well as during the club’s 50th anniversary season in 2006-07. Next season will be my tenth as a member and in a mere ten years I’ve witnessed a lot of change. When I joined, film was still widely used by many of the members but the digital era was well on its way and it was coming fast.

I don’t profess to be a natural leader but two years ago when Lynn made the decision to step down after spending a few years in this seat, I was willing to take on the leadership role and do my best. Recently, the OSCC has enjoyed a great amount of growth in a rather short period of time, so much so that we had to move from our cozy comfort of Foto Art to the more spacious New Life Centre. With this growth comes growing pains, and I willingly admit I’ve had my share of these pains, and maybe even caused a few.

I wanted to be a good presenter and make it look like I knew what I was doing while chairing the meetings because quite frankly, I’m not a great speaker; I mean look at me, I have to read everything I say. I thought the best way to do that would be to put together some really cool presentations and make everything look as professional as I could. The feedback has been quite positive so I am thankful for that and I can honestly say I was glad to do it. I just hope I was able to camouflage my rough edges a little bit in the process.

Part of the growing pains for the club was to find ways to better organize the structure of the Executive. This club has an incredible team of people who all share a common desire to make it the best camera club around. They come from different walks of life and all possess different traits of experience, in life as well as photography, and I can’t thank them enough for all the support they’ve given me over the last two years.

There were some bumps in the road, I won’t deny that. Leading the Executive has taught me a number of things from sharing responsibilities to making better decisions. I feel I’ve become a better OSCC member and in some ways, a better person.

The club will be celebrating their 60th anniversary next season and that’s exciting. As near as I can tell, we’re the longest running photography club north of Toronto. The club has seen countless changes over the years, be it in technology, members, or the way things work in its culture, and I’m sure we’ll see a number of changes going forward. I hope to see the culture of the club evolve to one that continues to attract new people as well as satisfy the needs of those who are here now. There are times when it will seem like a tall order, but I have a lot of confidence in the membership body.

I will continue to support this fine club, and help out when and in any way I can. I will continue to learn from this club because it’s always been my belief that learning about photography is what makes up the foundation of any camera club. But what stands out to me as the biggest take away from being part of this club is the friendships I’ve fostered over the years.

When I stepped into my first OSCC meeting, I was a little late arriving, but Bert Reket greeted at the door with a smile. I honestly don’t remember how we grew closer, but I’m a man and we don’t remember stuff like that. In any case, we got to know each other, and I got to know Lynn and a lot of other folks too who share my interest in photography. Randy and I have been friends for over thirty years now, but that don’t make us old… just sayin. We’ve also shared an interest in photography – on and off – over those thirty years. I was so glad to see him join the club because he has a great deal of experience in a club oriented culture and brings with him some very fresh ideas.

I would like to close by once again thanking the Executive for all their support and to the whole membership body for sharing their wonderful images, knowledge, and experience with the club. I know we will continue to grow, hopefully in numbers, but at least in experience in the years to come. Photography is a continuously changing medium and that gives us a perpetual opportunity to learn new things along the way.

I read an anonymous quote recently that said, “I always thought good photos were like jokes – if you had to explain it, it just isn’t that good.” I can honestly say the photos I’ve seen from members of the Owen Sound Camera Club haven’t required much explanation. Thanks.

This was Greg’s last meeting as President and going forward, Randy O’Hara will take the wheel and steer the club into the future. As Greg mentioned in his speech, Randy has a lot of experience from his involvement in a variety of clubs and is a very motivated guy with a lot of fresh, new ideas. Next season should be an exciting one for sure.

Summer is fast approaching and with summer comes travelling, vacations, and just enjoying the great outdoors. It also brings many photo opportunities. The Owen Sound Camera Club would like to wish you a safe summer and look forward to seeing those vacation snapshots. Feel free to post them on our Facebook Page and to our Flickr Group.

See you in September!

Tonight’s meeting will go ahead as planned. I know the weather and road conditions may be less than favourable tonight so if you are from outside the city of Owen Sound please be careful. If you’re not sure about the conditions, by all means, do not risk driving in. We do not want anyone to put themselves or others in danger. Thank you.

At our Feb, 2015 meeting, Rob Cotton talked about the Grey Bruce Image Archives and how members can contribute images for the viewing pleasure of future historians. Below you’ll find Rob’s instructions for 3 different ways you can submit images.

END_OF_DOCUMENT_TOKEN_TO_BE_REPLACED

Hey everyone! Hop on over to Juergen Trotz’s new Gallery Page. You can see it here. He’s added 12 photos taken from as far away as Germany.

Please note that due to the weather conditions, tonight’s meeting is cancelled. 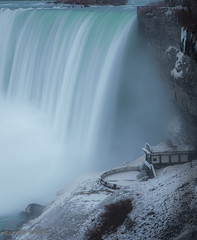