Critiquing a photograph can be a tricky thing to do. You want to give an opinion on the image but how do you go about it? Sure, you can be blunt and just say what comes to mind, but sometimes that can backfire and what comes out might not be what was really on your mind.

Before you give a critique on a photo, first make sure it is welcome by the photographer. An unsolicited critique can tarnish the relationship, if any, between the photographer and the one with the opinion. There are many websites where photos are uploaded for the sole purpose of getting critiqued, and usually the photographer will ask for help with the image in the picture’s description. Your friends may post them to social media outlets just for the sake of sharing them. Should that be the case, and if you’d like to give them your thoughts on the image, simply ask them if it’s okay.

Further preparation for critiquing would include educating yourself on the subject matter of the photo. This may not be of the highest importance in some cases but, depending on the subject matter of the image, when trying to help someone improve their craft, a little more knowledge could go a long way. Honesty is another good characteristic of a quality critique. No artist wants to be misled by patronization or “feel good” comments. Go into a critique with the intent to be helpful.

When commenting on someone’s technique, be sure to ask “why” they made the photo look the way it’s presented. They may have taken an artistic approach that, to them, is exactly what they were after, but to anyone else, looks like a mistake. The photo could be out of focus or have a colour shift that just looks odd. Maybe it’s supposed to look that way, but then again, maybe it really is a mistake, a blunder caused by a mere erroneous camera setting. Asking “why” can sometimes help the photographer understand what went right or wrong with their photo.

Keep your critique neutral. Don’t give a biased opinion because that could confuse the artist. What you think the image should look like and what they were after in terms of a result could easily be two different things. This goes along with the “why” part of a good critique. When discussing a photo with its creator, the conversation should produce ways that could improve their work, maybe even motivate them to make another attempt at the same shot if its possible. The last thing you want to do when critiquing someone’s work is discourage them from continuing on or trying to improve.

Be aware of your statements. Short comments like ”that’s nice” may be complimentary but offer no direction to teach the photographer what makes a good photo. Put some thought into it, be thorough. Point out some of the attributes of the image by mentioning things like how there are “leading lines”, what makes it a “good composition”, or there’s a “nice tonal range” throughout the image.

Make sure you give an actual critique, whether it’s a short statement or an in-depth analysis, because if they’re asking for advice, they want quality rhetoric, not light-hearted or humorous comments. Also, be constructive if you have to be critical. It’s easy to point out what you feel is wrong with a photo, but it’s much more helpful to end the discussion with a positive note. It makes the photographer feel better knowing he or she learned something about their image, yet at the same time, they still have done something right.

I’d like to encourage club members to be more open to giving and receiving critiques on their work. It’s an important part of the learning process, and I’ve always said the Owen Sound Camera Club is all about the learning.

Return to Other Stuff          Home
Advertisement 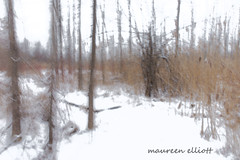 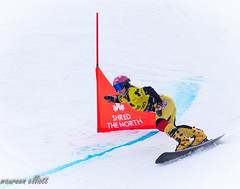 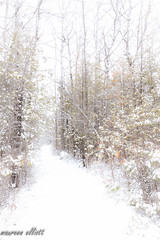